Several of our students spent Monday evening dressed up in formal attire, seated behind a booth showcasing some of their projects from this year at the brand new Pablo Center downtown. The unique part about this particular showcase is that it was not directly connected to the ARCTIC Zone or a specific project. It was an Ed Tech Showcase put on by the district to allow educators in the district to display and share unique ways in which they are implementing the use of technology in their classrooms. Three of our students spoke with teachers, technology specialists, school board members, administrators, and other community members about how they’ve used technology in their projects and how we use technology to guide, track, and assess our learning progress in the ARCTIC Zone. So…who are these students, and why were they chosen to speak at this showcase?

A few short weeks ago, we aired the top 15 films submitted to our 2019 ARCTIC Zone Short Film Festival on the big screen at Micon Cinema in Chippewa Falls. Students were challenged to tell an untold story about a significant person or event in history. Two students, Ingrid (grade 7) and Lydia (grade 8), hence the production name Inglydia Films, worked together to create a documentary about three animal species that have gone extinct in the past twenty years. Amidst the in-depth research and content shared within their film, the girls used unique camera and lighting techniques, good pacing, and high-quality editing in both film and sound to pull together a very succinct and engaging documentary. 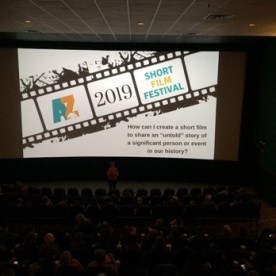 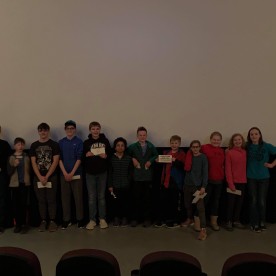 Not only did Inglydia Films take first place that evening, but their film was then submitted to the 2019 Chippewa Valley Film Festival. Though it did not make the final cut, simply being considered for the regional festival, especially at such a young age in comparison to most other entries, was definite reason to be proud. On Monday night, Ingrid and Lydia had their film on display along with all of the paperwork from their project, and they shared the steps with which they walked through the film-production process with visitors at their booth.

At the start of this school year, a new student in the ARCTIC Zone, Hung (grade 6) was set on a passion project goal. He wanted to design and code his own video game. For nearly three full quarters, he tucked himself in a corner of the room during one of his CHILL times each day, exploring an app called Tynker in which people can do exactly that. Starting completely from scratch, Hung designed a video game inspired by the game of Pacman. After coding hundreds of necessary elements (think about how many dots Pacman eats!) along with many added features to make the game his own, he published the game on the app, which allows for anyone to now locate and play his game. 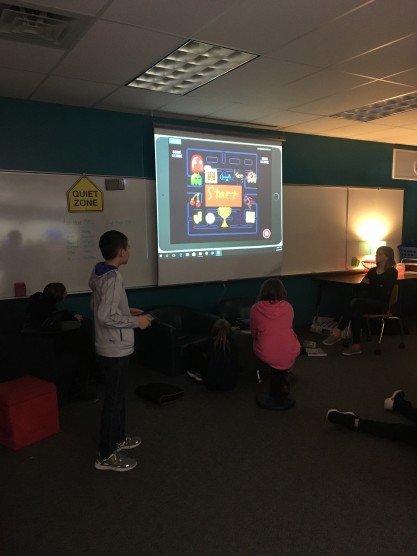 I will never forget the energy in the room the day he presented his game to our 6th grade resource class. They were so impressed with their classmate’s creativity, his focus, and his ability to design a REAL video game, and they couldn’t wait to play it. Even cooler, Hung now has several other students who have come to him, eager to work together on a brand new game project idea. The story doesn’t end there, though. Shortly after publishing his finished game, the creators of the Tynker app contacted Hung requesting a video-chat interview with him in order to write a spotlight article about him and his game in their Featured Maker Program blog! The interview took place a few weeks ago, and we are eagerly awaiting the launch of their article. You can bet this proud teacher will be sharing that the moment it comes out!

At the Ed Tech Showcase on Monday night, Hung was able to share about his ability to freely explore an app of his choice for his passion project and how he used his own passions and interests to design a brand new version of a well-known video game that can now be viewed and played by a large audience.

Needless to say, Monday was an exciting evening for the ARCTIC Zone. Plus, we picked up a few new nuggets of our own that we’re already talking about implementing next year. It’s great to learn from each other. It’s great to share our successes across the district. And it’s great to showcase the incredible things our students are doing every day.

One thought on “Technology Recognition”