While attending a Project-Based Learning conference through the Innovative Schools Network in the summer of 2016, a third-grade teacher spoke about a project that completely captivated her students. Their town was preparing to demolish an old chimney that stood in the middle of the downtown area and had no remaining purpose. It was old and run-down. It was time to take it down. When this teacher’s third-grade students caught wind of the idea, they immediately feared for the chimney swifts. (If you’re like me, you’re now picturing Dick Van Dyke jumping from rooftop to rooftop singing “Chim-Chim-Cheree” – not that kind of chimney swift!)

Chimney swifts are birds that nest in chimneys or other dim, enclosed areas. This particular chimney had numerous swifts that, upon demolition day, would become homeless. The third graders got to work writing letters and began attending City Council meetings to persuade the town to reconsider tearing down the chimney. They created such an uproar, that this third grade class was appointed a city representative just to keep tabs on what they were going to do next. In the end, the chimney was demolished. Failure.

The students were heartbroken. All of their hard work had led them nowhere. Rather than give up and move on, they decided to raise money to build a new chimney in its place to provide a new home for the lost swifts. This third grade class raised $14,000 and watched the city build a brand new chimney all because of their voices and actions. At the time of this conference, however, the chimney swifts had not yet “moved in.” Another failure.

Sometimes we put all of our heart and soul into an idea or a goal only to watch it crumble in front of us. Unfortunately, that’s life. The learning that takes place, along with the personal growth and building of community with those around you who are focused on the same goal are just as powerful, if not more, when you do fail. After hearing this story, I remember a colleague of mine saying, “Boy, those students will NEVER encounter a challenge they do not think they can face in life.” That resonated with me and became a personal goal of mine in developing the ARCTIC Zone. I want my students to feel confident when faced with any challenge in life.

About a month ago, I was having lunch with a few of my students, and they were throwing around ideas about how fun it would be to host a lock-in for AZ students in the school. They asked if we could do that this year. I responded quickly by saying, “I’m in, but I’m not planning it…”

About three weeks ago, I was approached by my principal to discuss a few things regarding our lock-in. It was the first I had heard about it since that day at lunch. These three girls had set up several meetings with him to discuss the use of space, activity schedules, custodial needs, chaperones, and menu options. They wrote a permission slip and are now collecting those along with money for food and are organizing our volunteer chaperones. The lock-in is scheduled for next week.

I can’t help but wonder – if students outside the ARCTIC Zone had been told by their teacher, “I’m in, but I’m not planning it…,” would there be a lock-in scheduled for next week? Would they have stepped up to the challenge? I think we’re doing something right.

That was a lot of set-up to get to the real purpose of today’s post. As we near the end of year two in the ARCTIC Zone, we are facing some unexpected changes and challenges for the year ahead. Due to some conflicting ideas at the administrative level, along with financial constraints on the district at this time, our program is being altered from its originally-proposed design, without our consent. These changes put the program at risk in many ways including weakening personalization opportunities, discrediting the integrity of the PBL philosophy, and creating the potential for teacher burnout. It’s frustrating. It’s disappointing. But it’s also invigorating.

Upon hearing this news, our ARCTIC families have joined together to establish one voice. Emails and letters are being written to administration and school board members. Both parents/guardians AND students chose to speak on behalf of the program at last night’s school board meeting. I am so proud. It’s hard to know if anything will come of the words being written and spoken, but like I told some of my students last night, just being present is so important. Being part of a movement such as this is a powerful experience for adults. To see 11-13 year-olds advocating for their learning – now THAT is something.

The irony is this …

Currently, some have an aversion toward the looseness of the work environment that exists within the ARCTIC Zone. In order to gain back some control of that looseness, certain constraints are being placed on us and the program. However, it is these constraints that are now pushing us to think even further outside of the metaphorical “box.” Our ideas are flowing, and our enthusiasm is rejuvenated. Our response is to loosen the reins even more. Next year’s ARCTIC Zone experiences will be more student-owned than ever before, with more authentic PBL opportunities than we have ever been able to explore. In the face of adversity, we are rising, and we will continue to advocate for student learning, student engagement, and student voice. 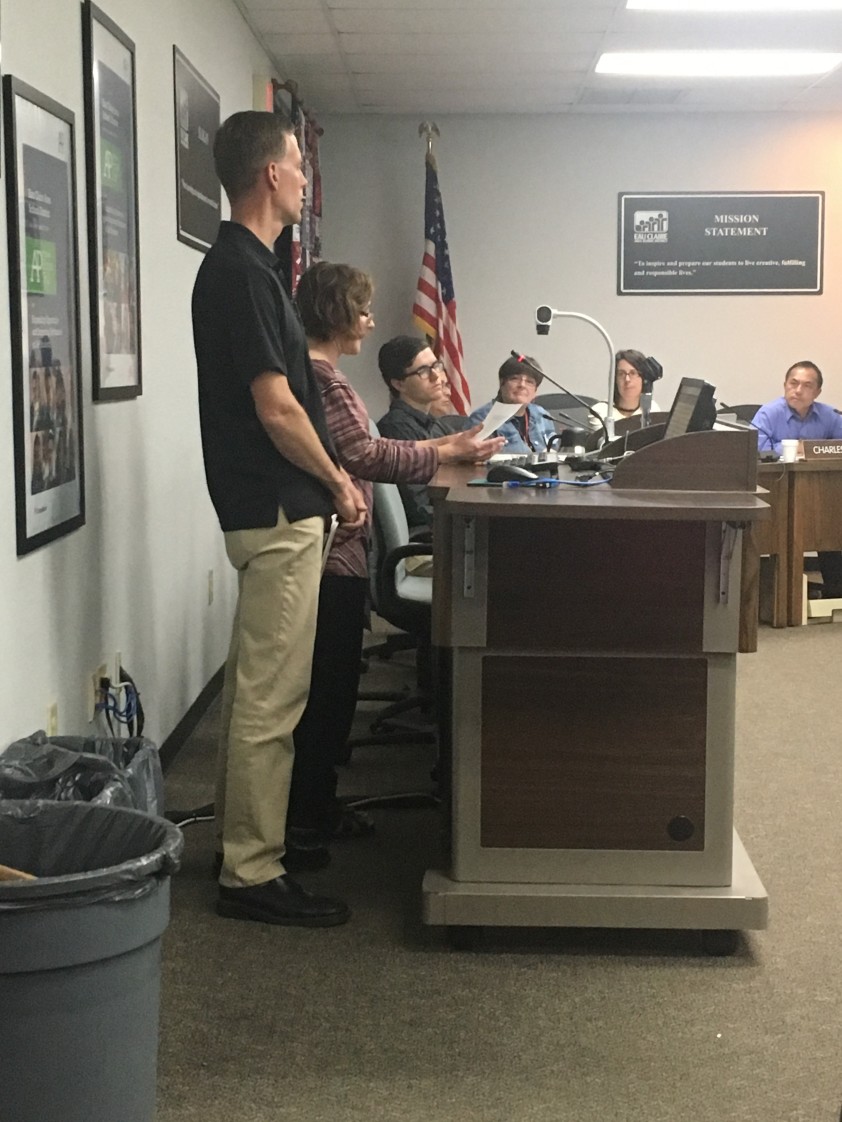 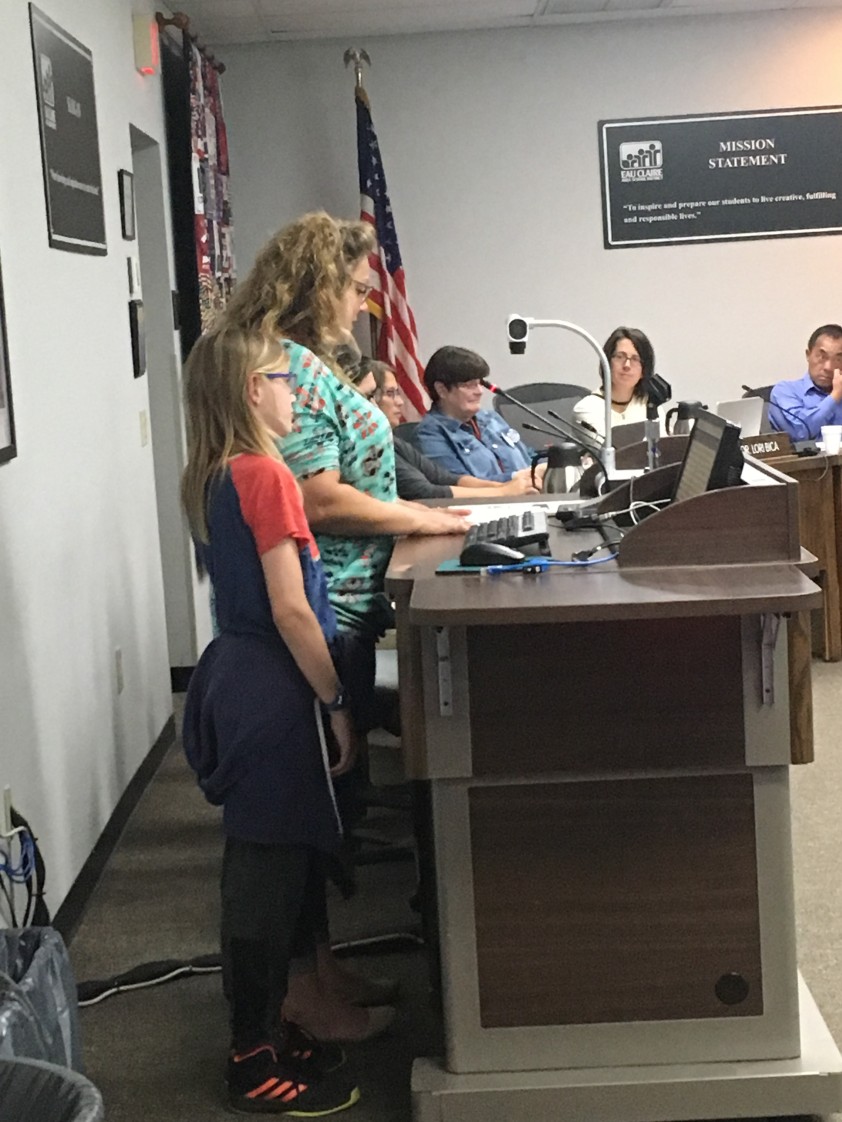